Inheritance is the process where the characteristics are inherited from ancestors (superclasses). Inheritance in java can be defined as a mechanism where a new class (subclass) is derived from an existing class(superclass) properties.

It is possible for classes to inherit or acquire the properties and methods of other classes, just like a son can acquire some traits and behavior from his father.

In Java inheritance is declared using the extends keyword. You can declare that one class extends another class by using the keyword extends in the class definition

Child Class / Sub Class : The class that extends the features of another class is known as child class, subclass, or derived class.

Parent Class / Superclass : The class whose properties and functionalities are used(inherited) by another class is known as a parent class, superclass, or Base class.

There are four types of inheritance in java; those are :

When a single child class inherits the properties of a parent class, it is known as single inheritance. There are no other child classes present for that parent class.

I have considered the Object class while writing these classes, for example for single inheritance in selenium.

By default, if you write any class in java without writing any extends, still the single inheritance is applicable for it because all the classes in java are inherited from Object class. 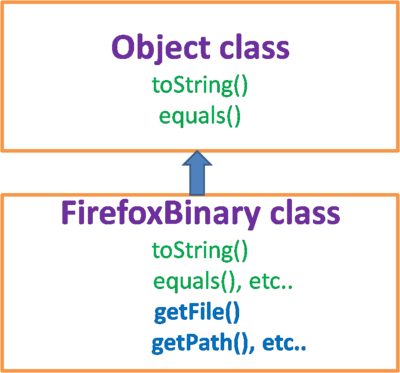 Minimum three classes are required to achieve the Multi-level inheritance in java.

The last subclass will have all the properties present in its superclasses.

In the below example, you have only one path to reach from the last subclass to topmost class, Grand child class -> Child Class -> Base class.

Touch Actions class will have all the methods present in the Object class and Actions class, I have mentioned only a few methods from each class because of space constraints. 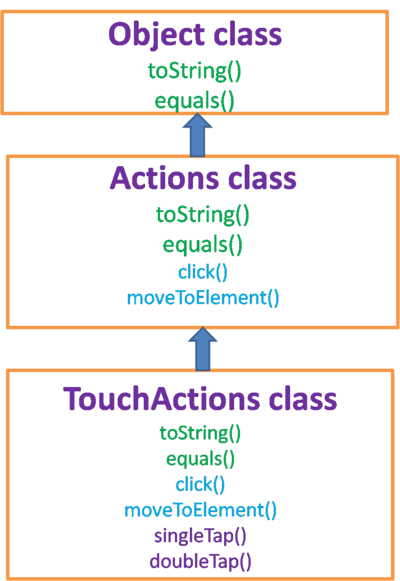 Multiple inheritance is nothing but a class/interface is inheriting the properties of more than one class or interface.

A class cannot inherit more than one class because it forms multiple paths to reach the topmost class from the same last subclass.

This is where you need to remember that all the classes in java are subclasses to Object class.

So Multiple inheritance is not possible when a class tries to inherit more than one class, if a class tries so, then it creates a diamond problem.

But a class can inherit one class and implement multiple interfaces and this is also called as multiple inheritance.

Similar to these Interfaces also can inherit from more than one interface, java allows multiple inheritance only because interfaces will not have any implementations. 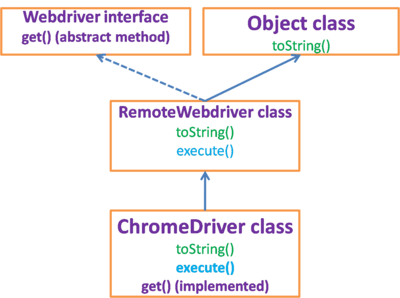 If you consider the above definition, then Hybrid inheritance is not possible

For most of the java people, the Hybrid inheritance definition is : Combination of Single level and Multilevel inheritance.

Another way of saying : When two classes inherit properties from a single class, then it is called Hybrid inheritance. 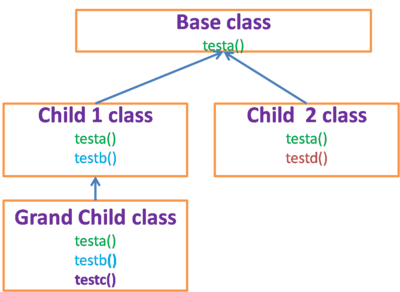 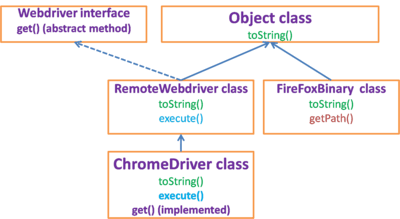 Diamond problem and Why Java Does not have it 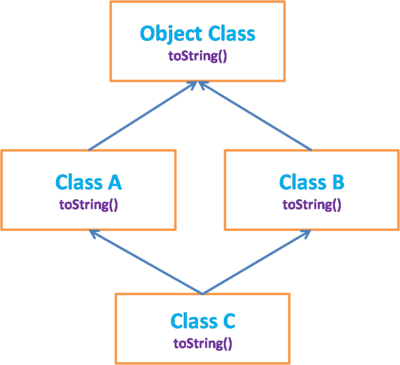 The above image shows the diamond problem; let me explain the problem.

Take a moment and think which is the way you are going to use, Path 1 or Path 2 (consider you don't know the consequences of the path, good or bad).

Upcasting is casting a subtype to a supertype, upward to the inheritance tree. In other words, Making a child or grandchild as the grandfather.

While creating an Object to a child class, we will write Parent class type as the type for the object.

We can mention the type to which '(A)' we are going to Upcast the object.

Once we upcast the subclass, then only methods from the Superclass are available for that object.

The output of the up-casting program

We don't have a subclass method in suggestions as well. 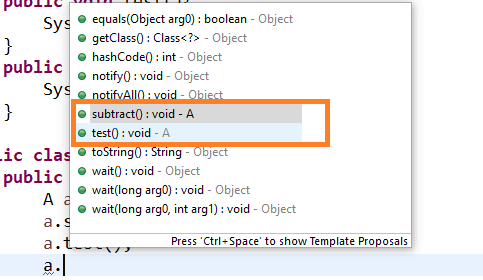 Auto-upcasting is nothing but the upcasting occurs automatically by the compiler, we can write the above example's object creation like below

In the above example, we are assigning the lower level class object to the upper-level class/interface type. 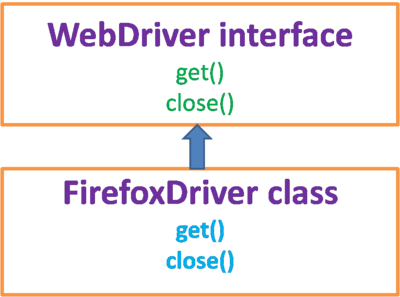 Downcasting is nothing but converting the subclass type which is upcasted to Superclass into subclass type; instead of performing the downcasting, we can directly create the object to subclass.

For creating a downcasting process, Upcasting is mandatory.

For above Upcasting example: