I have been trying to explain this api in a simple way. Still, somehow I was having difficulty but finally got an explanation in simple terms, so if something is wrong with explanation, please do forgive me. 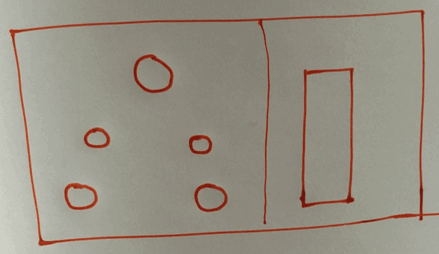 I hope You have seen this thing in your everyday life, if not ( at least you must be sure that this is not a lemon ).This is an Indian electrical socket; if you are from another county, then instead of circle rounds, then you might have come across vertical ones.certainly, I am not an electrical engineer but Mechanical engineer

An api is nothing but similar to electrical socket

This socket provides a 240V power supply; we can connect electrical devices like fan, TV, Washing Machine, Radio, Air Conditioner, and so on. 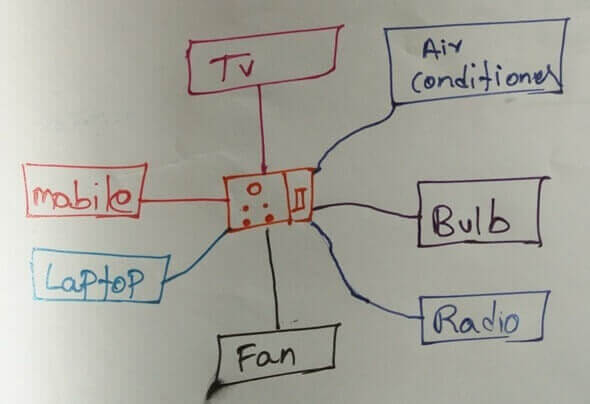 Similar to this socket is api exposes an URL, to which different websites can connect, and those websites could be developed using different technologies. The primary use of the api is exposing and modifying the data.Fan, RAdio, TV are developed for different purposes, but they will connect to the same Socket, and they will achieve their purpose either by adjusting the voltage.Similarly, using api, the developers will build their application and UI based on their website needs and manipulate it.

Can you guess, Which takes less time to execute UI or API?

You are right, The one which doesn't have UIless, i.e., API.

Nowadays, APIs are playing an ever more important role in software trends (because we can use the same APi for mobile applications, the Internet of Things, etc.), proper automated testing of these APIs is becoming essential.

There are many different tools out there that can assist you in writing these automated tests at the API level.REST Assured is a Java library that provides a domain-specific language (DSL) for writing robust, maintainable test scripts for RESTful APIs.

There are mainly 4 methods involve in API Testing; those are :

GET method in Rest API

The GET method is used to extract information from the given server using a given URI. While using the GET request, it should only extract data and should have no other effect on the data.

Status Code of GET

Steps for the GET using RestAPI:

The output of the rest API get() method.

Put method is different from the get() method, put method creates details or resource the server/database.

When the target resource exists, it overwrites that resource with a completely new body. That is PUT method is used to CREATE or UPDATE a resource.

put() method in API may return 201 status code with message 'Created' if everything is successful.

Complete code for Putting details into a database

You might want to check the api to see whether it got reflected or not; please visit below link, there could be the difference in id when you run the same code.https://chercher.tech/sample/api/product/read

A POST request is used to create a new entity or modify an existing one. It can also be used to send data to the server, for example, Product name, customer information, file upload, etc. using HTML forms."Post" means "after"; if you have a collection of entities and you tack a new one onto its end, you have posted to the collection.

post method is like an INSERT query in SQL, which always creates a new record in the database.

Every API will provide some unique parameter for every product, using that parameter, we have to update the details for this example I would be using id.

Verify whether details got updated or not, using API https://chercher.tech/sample/api/product/read

DELETE- Removes data from the target resource/ database given by a URI.

Verify whether details got updated or not, using API : https://chercher.tech/sample/api/product/read

PATCH is used to update an existing entity with new information partially. You can’t patch an entity that doesn’t exist. You would use this when you have a simple update to perform, e.g., changing a user’s name.

Patch method is like an UPDATE query in SQL, which sets or updates selected columns only and not the whole row.
Comment / Suggestion Section
Point our Mistakes and Post Your Suggestions