Selenium Grid is part of the Selenium project. It lets you distribute test execution across several machines. You can connect to it with Selenium Remote by specifying the browser, browser version, and operating system you want.

Why you want to use Selenium-Grid. ?

To run tests in multiple browsers, multiple versions of a browser, and browsers running on different operating systems.

To reduce the time it takes for the test suite to complete a test pass.

Selenium-Grid is used to speed up the execution of a test pass by using multiple machines to run tests in parallel.

For example, if you have a suite of 1000 tests, but you set up Selenium-Grid to support 4 different machines (VMs or separate physical machines) to run those tests, your test suite will complete in (roughly) one-fourth the time as it would if you ran your tests sequentially on a single machine.

For large test suites and long-running test suite such as those performing large amounts of data-validation, this can be a significant time-saver.

Some test suites can take hours to run. Another reason to boost the time spent running the suite is to shorten the turnaround time for test results after developers check-in code for the AUT.

For example, a 'grid' of virtual machines can be set-up with each supporting a different browser that the application to be tested must support. So, machine 1 has Internet Explorer 8, machine 2, Internet Explorer 9, machine 3, the latest Chrome, and machine 4, the latest Firefox. When the test suite is run, Selenium-Grid receives each test-browser combination and assigns each test to run against its required browser.

Also, one can have a grid of all the same browser, type, and version.

For instance, one could have a grid of 5 machines, each running 4 instances of Firefox 12, allowing for a ‘server-farm’ (in a sense) of available Firefox instances. When the suite runs, each test is passed to Selenium-Grid, which assigns the test to the next available Firefox instance. In this manner, one gets a test pass where conceivably 12 tests are all running at the same time in parallel, significantly reducing the time required to complete a test pass.

Selenium-Grid is very flexible. These two examples can be combined to allow multiple instances of each browser type and version.

A configuration such as this would provide both parallel execution for a fast test pass completion and support for multiple browser types and versions simultaneously. 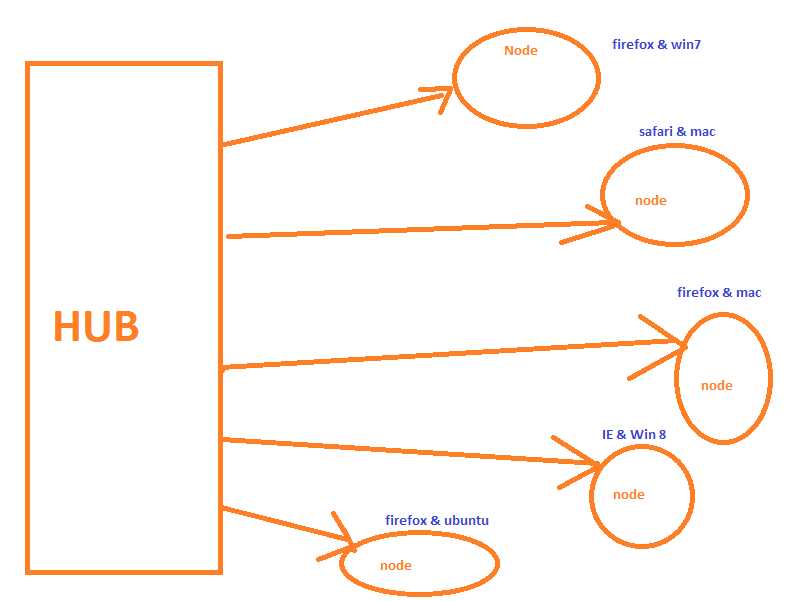 How to install Selenium Grid

2. Download the Selenium server, yes, we use it for both purposes for writing selenium script and also a server.

3. Save it in someplace in your system.

3.Execute the script from Hub machine

Hub is a system where all the framework and all details available, follow below steps to install

2. Write the below command in the CMD and hit enter button

3. When Grid starts running, you can see like below

Once you see this then hub has started
4. Grid always starts in the port: 4444 by default

Method Overloading in Selenium and java

To implement Grid Concept, we need to implement follow the below steps:

Node is system execution happens, and execution is controlled by the hub, follow below steps to install selenium node. 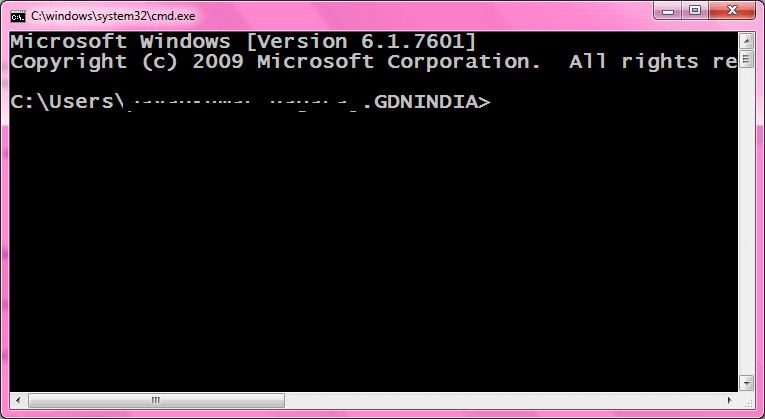 2. Write the below command in the CMD and hit enter button

But in my case, I am using the same system as Hub and Node so I can replace the IP address with LocalHost.

3. When Grid starts running, you can see like below

Once you see this then hub has started

5. You can also save this command in the .bat file (like running TestNG script from a batch file)

Execution with Grid and Opting Browser and OS

1.Goto program which you want to run in the grid
2. In order execute a script in Grid we need to create a RemoteWebdriver Class

3. We should supply the URL of the hub and the desired capabilities(browser and os) of the remote computer to the constructor of RemoteWebdriver class while creating an object

Run the code it will execute it in the node.

Ways to select a dropdown option in selenium