Logic Controllers help you to control the flow of the order of processing of samplers in a thread. It can also change the order of requests coming from their child elements. 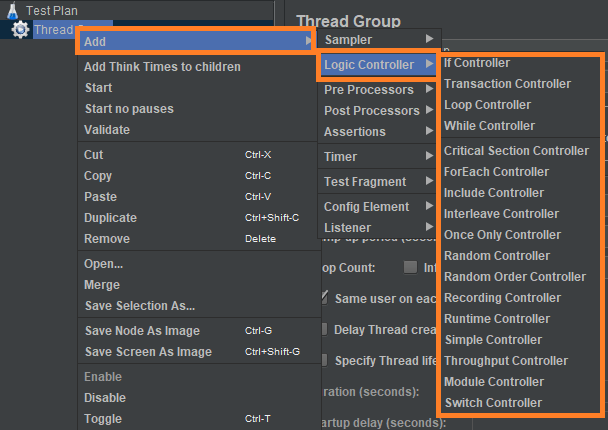 Following are the list of all Logic Controllers in JMeter :

In order to run modules by only Module controller, don’t forget to disable Simple Controller.

Adding Once Only Controller :

Then add the request :

Add the listener to view the results :