Loops are structures used to automate repetitive tasks. In flowcharts, the simplest types of loops can be created by connecting a certain point in the workflow to an earlier execution one.

In sequences, there are some special activities that repeat the action which is inside the body section. The UiPath studio is having three types of loops such as

The While and Do While loops work by repeating a given set of actions from the body while the specified condition is true. The only difference between the two is the order in which the 2 elements are executed:

While Loop in UiPath

You use the keyword while then a condition enclosed in parentheses, then a single statement, which is the thing which gets repeated as long as the condition is true. 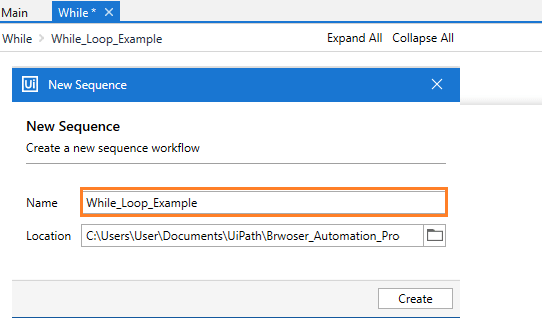 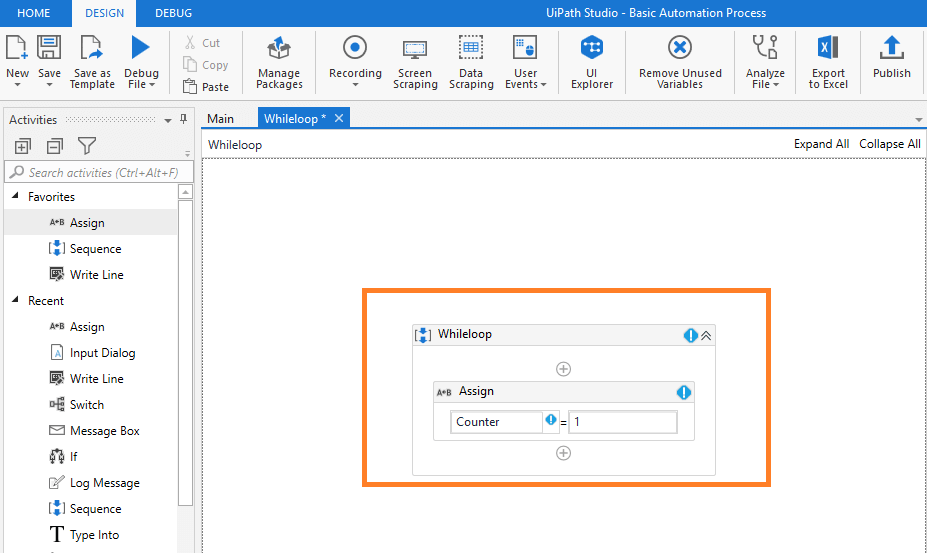 Add the while loop activity inside the sequence and write the condition(Counter<100) for the same as shown below. 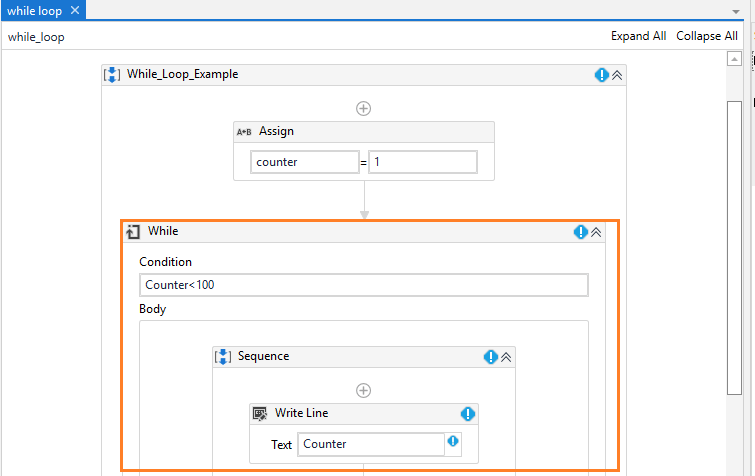 Let us increment the value of the Counter by 1. Add the assign activity inside the while loop and write the condition as shown below. 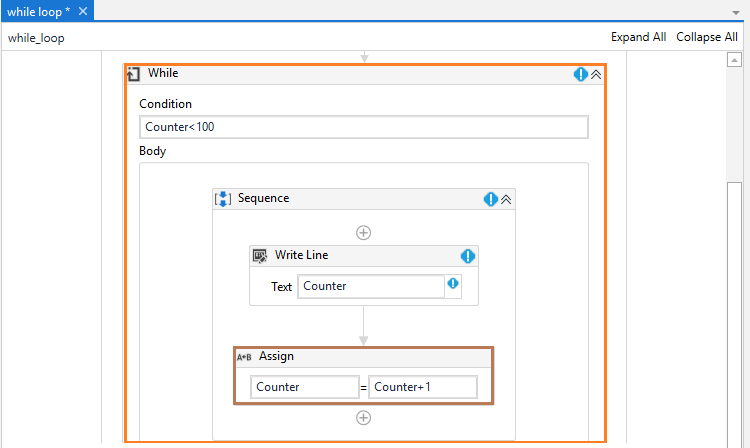 Now save and run the sequence, once the sequence starts to execute, UiPath will print the numbers from 1-99 as shown below.

Basics of Automation in UiPath Studio

Do While Loop in UiPath

Create a sequence Do_while_example and add assign activity inside the sequence and then create a variable called Counter as shown below. 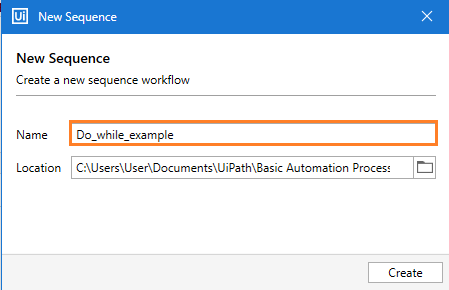 Next, add Do While activity inside the sequence and write the condition for the same. 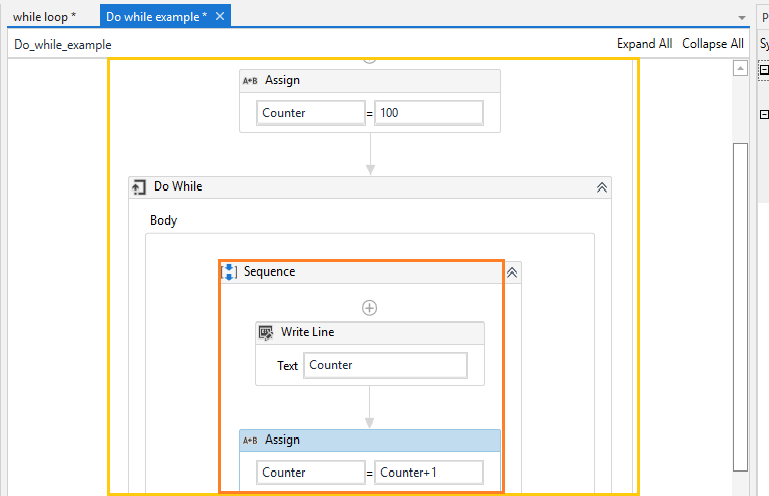 Save and run the sequence, Once the sequence starts executing, it will print the output as 100.

For Each Loop in UiPath

The For Each loop works by iterating through a list of items, one item at a time, and executing whatever actions are in the body of the action.

The following example demonstrates For each loop

Create a variable called names from variable pane as shown below, I am going to create an array of strings, so select the datatype as Array[T] and array list as names=["anu","aru","ashu"].

For creating an array of strings first select the Array[T] in the data type and then select the System.String[] from the Select Types wizard and then click on Ok. 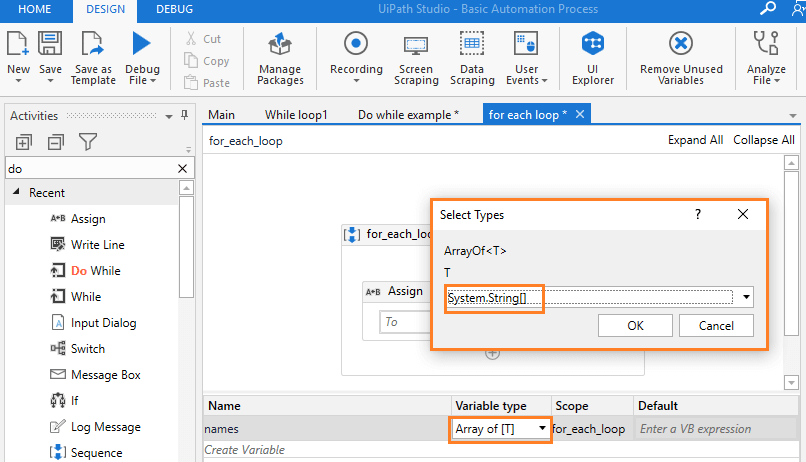 Now, enter the array values and add For Each activity inside the sequence as shown below

Now, save and run the sequence, Once the sequence starts to execute the array values will be printed one by one as shown below.