Scripts in POSTMAN are lines of code that are used to automate an API test. A script can be used to set or get variables and also several functions are applied in scripts in POSTMAN. There are code snippets that are available in POSTMAN, which are small ready-made scripts and can be used directly for different purposes.

Pre-request scripts are snippets of code, for collection request that gets executed before the request is sent to the server. For example, we may require to send some random variables into the URL parameter, or generating any key in the URL, etc.

Also, using the concept of pre-script, we can get function output such as date, time, or even timestamp, etc. For example, to include a timestamp in the request headers, an environment variable can be set with the value returned from an inbuilt function of POSTMAN.

Suppose, if we write: pm.environment.set("TimeStampHeader",new Date()); in the pre-script editor. Now the variable TimeStampHeader can be used which will automatically contain the Date.

Tests Scripts are scripts that get executed after the response is received from the server. There are different tests that are available inside the POSTMAN Snippet. Not a single test but multiple tests can be run on a request.

Getting an Environment Variable :

Getting a Global Variable :

variables is a function that is used to search variables across the globals and the active environment.

Response Handling means testing and analyzing the response that is received from the server. There are test scripts that are written or code snippets can be used to analyze the response. Some examples of response handling are:

The POSTMAN has some in-built functionality through which some of the parameters such as HTTP status code, the size of the response are automatically checked and displayed. But, if you require some customized checking on the Response, then you must start with writing test scripts.

Check if the response body contains a string

Go to the test tab of the request you want, and then edit the following code into the editor:

Suppose I have a response body and want to search whether a name, for example, Edwards is contained in the Response. 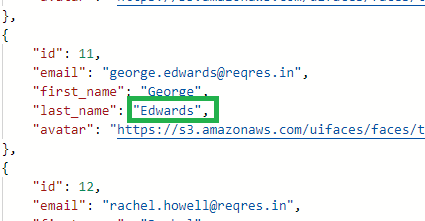 So, I shall write the below test in the test tab of the particular request:

And after hitting the Send button, and after getting the response back from the server, Check the Result tab below to see the output of the test.

The Test Result tab has a which means that 1 test out of 1 test has passed. And the string we used Body matches string is displayed as the output.

Check if the response body is equal to a string

To check whether the response body is equal to the string, edit the following code into the Test editor of the POSTMAN request.

Check for a JSON Value

To check the JSON Value of the response, just edit the below code into the Test editor of the POSTMAN request:

Check whether Content-Type Header is present in the response

To check whether the Content-Type header is present in the response, edit the below code into the Test editor of the POSTMAN request:

And after that, click the Send button, to send the request and wait for the response from the server.

As shown in the image, the Test Results tab shows PASS. And displayed that the Content-Type Header is present in the response body.

Check whether the response time is less than 1000 ms

In this example, we shall check whether the response time is less than 200 ms or not. Say, if yes, we shall consider it as a good website or API.

Edit the following code into the Editor :

After that, send the request and wait for the response from the server.

As shown in the above image, Checking for the response time to be below 1000ms (1 Second) has given a PASS output.

Check whether the HTTP Status code is 200

The HTTP status code signifies the status of the page or the response that is received from the server. For example, a status code 404 means, that the page requested is not there on the server or the page is not found for different reasons.

On the other hand, a status code 200 means a OK, which signifies that the page is found and a valid response is received from the server.

To check whether is the HTTP status code is 200, edit the below code into the editor.

After editing the above code into the Test editor hit the Send button and after getting the response check the Result tab in the Editor.

As shown in the above image, the Status code received 200, therefore it shows a PASS.

Check whether the Code Name contains a String

To check whether the code name contains a given string, edit the following code into the Text editor:

To check whether the POST Request is successful or not edit the below code into the editor:

Snippets in POSTMAN are nothing but small scripts that are helpful for testing APIs. Snippets are pre-built scripts that can be used directly and saves time to type codes. Snippets can be used as both pre-scripts as well as test scripts. To create script snippets, at first, we have to create a new request: 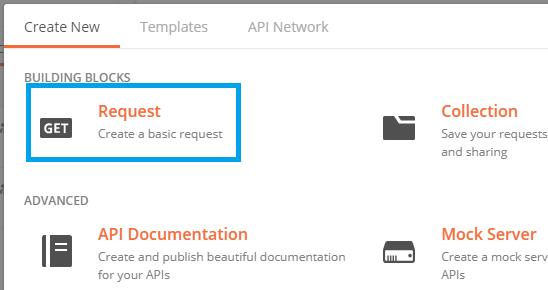 Create a new request by naming it with a suitable name. I have named it as- Script_testing.

Now, save the request inside the folder GET, which is created earlier inside Collection01. 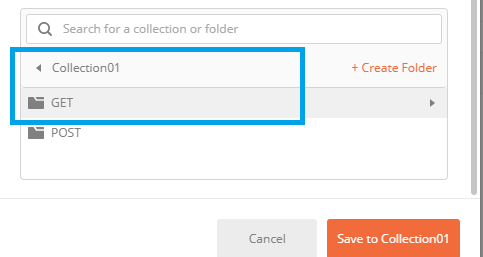 Now, click on the triple-dot beside the collection and select edit.

Now, navigate to the pre-request Script tab in the collection level of Collection01, and on the left side, a small arrow is visible. Click the arrow to see the snippets.

Now, navigate to the pre-request Script tab in the collection level of Collection01, and on the left side, a small arrow is visible. Click the arrow to see the snippets.

As shown above, there are different snippets available under the snippet list, you can click on any of the snippets, and that will be added into the test script editor. This way the time to write scripts can be reduced, and also the possibility of error occurrence is reduced.