Image threshold is a way to make the image colors into specific colors, mostly white and black. In Threshold, we will work just like ceil and floor of a value.

When handling images, we work with BGR/RGB colors, but sometimes finding the objects on the one-dimensional array (grayscale) is easier than working with three Dimensional arrays (BGR).

When we are working with one-dimensional array/grayscale, at any given pixel will have 0 to 255 values only.

When we are using threshold, we will be setting cut off value somewhere between 0 to 255. For example, if we set the cutoff as 200, then all the pixels will either 0 or 255.

if a value is more then cutoff then value is set to high otherwise low.

Let's do some practical :

I have taken the image of a man who is in darkens with a laptop; now, we will change RGB colors to Threshold image.

The threshold image will have only one color, and the color could be at high(255) value or low(0) value at pixels of the threshold pixels.

Steps to do a threshold : 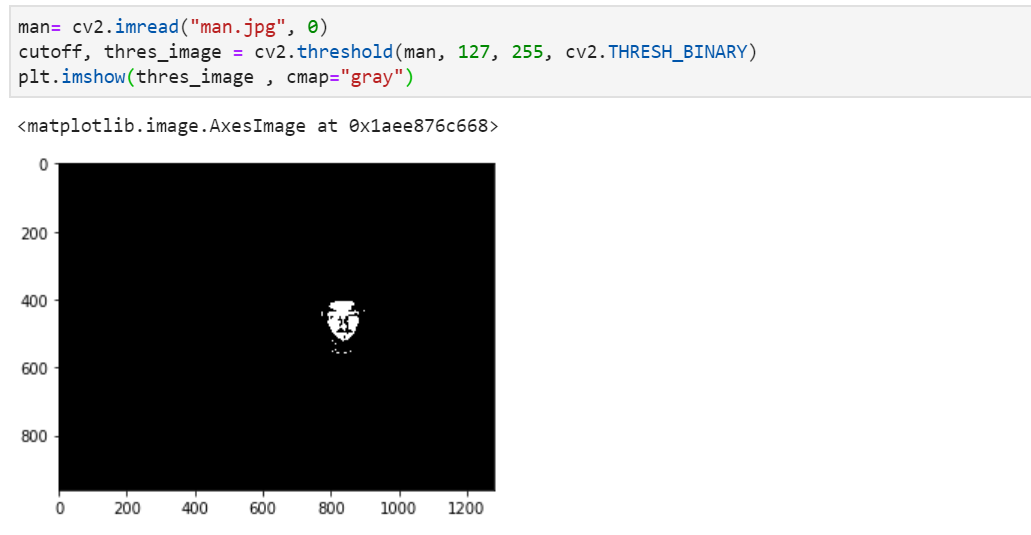 Types of thresholds in OpenCV

We have used cv2.THRESH_BINARY type for threshold in our last example, apart from this, there are other threshold types as well. We will learn most of them now. If pixel intensity is greater than the set threshold/cut off, the value set to 255, else set to 0 (black).

Inverted or Opposite case of cv2.THRESH_BINARY. If pixel intensity is greater than the set threshold/cut off, the value set to 0, else set to 255 (white). 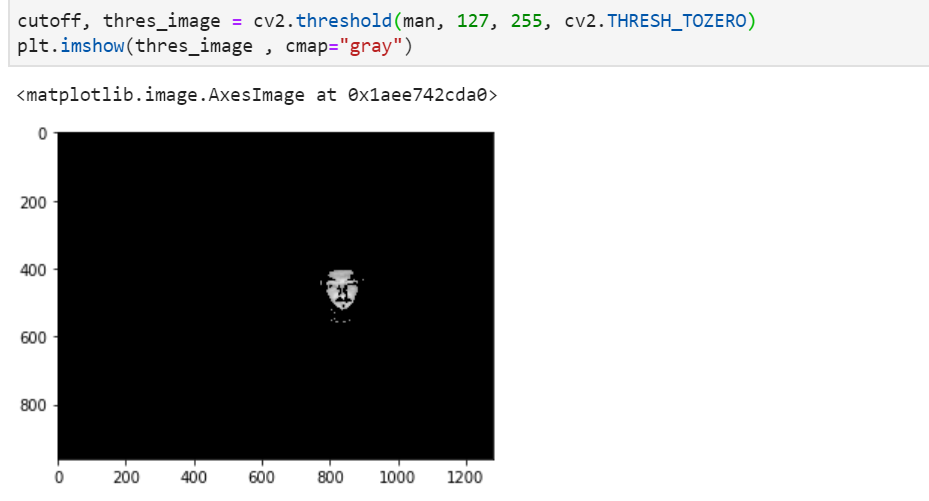 Inverted or Opposite case of cv2.THRESH_TOZERO.

I apologize, I should have compared original, threshold images side by side.