A kernel is an interface between hardware and software.

The kernel is considered the heart of the Linux system. It is loaded at booting time. It is primarily responsible for controlling and allocating a machine's memory to individual processes. It takes care of scheduling the jobs carried out by the CPU.

The kernel handles data transfer from one part of the machine to another. It translates and executes the instructions from the shell and applies for permissions on file access.

What is a Shell?

A shell is like a container that acts as an interface between users and the kernel. The command-line interface is the shell.

To get the echo, the command is:

To get all the available shells, the command is:

To know the location of our shell, the command is:

The different types of shells:

The shell history is used to record all commands. It helps the system administrators to troubleshoot if there are errors or system crashes. The command for shell history:

To get the history page by page, the command is: 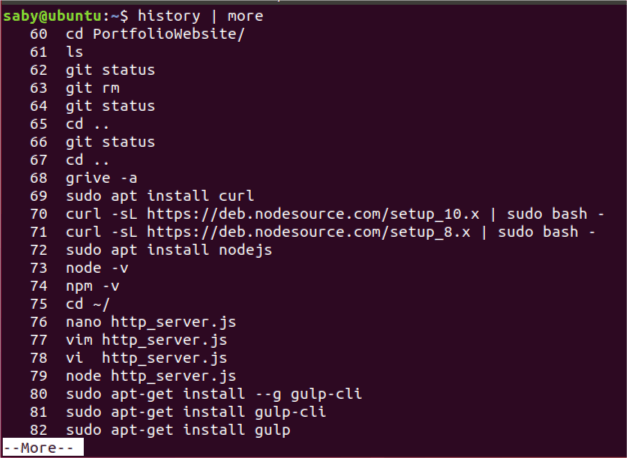 Each command in history is accompanied by a number. To run the command again from the history list, we have to put ! followed by that number. For example:

To get the history of running a particular command for example grep, the command is: 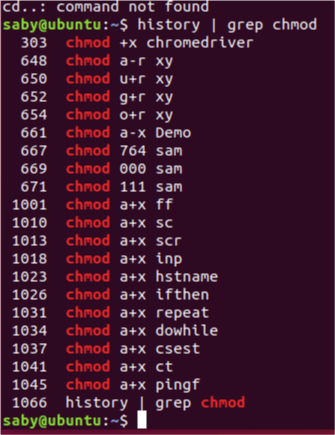 The file where the history of our shell commands is saved is /home/username/.bash_history

To view other users shell history commands, we have to log in as root and execute the command:

A shell script is an executable file containing more than one shell commands that are run in sequence. The file contains:

The shell script should have executable permissions. It has to be called from an absolute path. If the script is at the current location then we have to specify ./ followed by the script name.

Let us start with a basic script to display output with the echo command. First, we have to open an editor with the command:

As the editor opens, we have to be in the INSERT mode, then add the script:

To give execute permission to the script, the command is:

To run the script, the command is:

To run a series of commands, the script is: 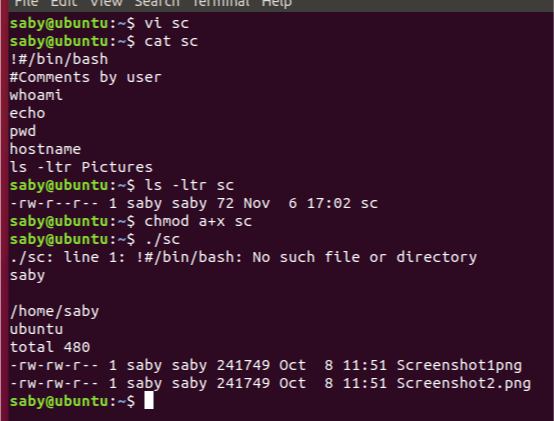 To define variables, the script should be:

User Input and Output of Script

To create a script to take input from the user, the read and echo commands are used.

The input and output script is:

The above output shows the cursor blinking, waiting for user input. On taking Linux as input, the below output is obtained

We can also define a variable to store the output of a command and then display it as an output with the echo command. The script is:

The if-then else statements are used for conditions. If a certain criteria is met, a block of statement is executed. Otherwise, the block of code within the else is executed.

Let us start with a basic script to illustrate the if-then script:

The if-then statement should end with fi.

To check if an error.txt file exists in the location /home/saby, the script is:

for Loop Scripts in Linux

The for loops are used to keep running until a specified number of variables. For example, if the variable = 10, then the script runs 10 times. It is mainly used for repetitive tasks.

The other type of loop available are:

Let us start with a basic script to illustrate for loop script:

The output shall be: 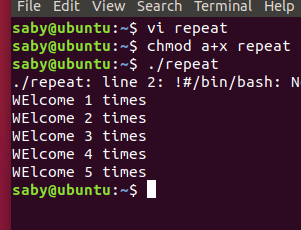 Another example of repetitive tasks script is:

A do-while statement continuously runs a block of statements while a particular condition is true or met.

For example, Execute a script until 2 pm. The syntax is:

The script to run for 10 seconds:

The output should be: 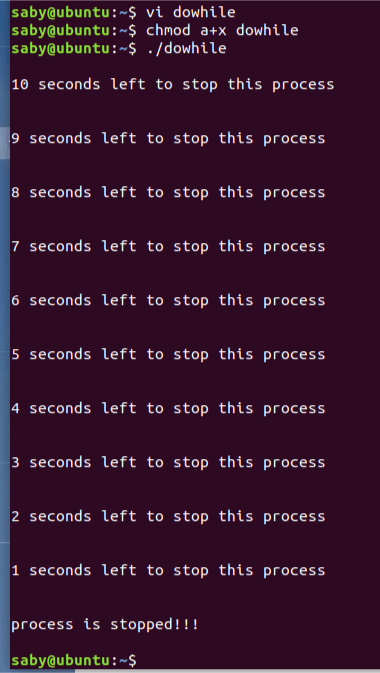 The case statement script is an interactive way to involve the users.

The basic structure of a case statement is:

Initial output shall be:

The above output shows the cursor blinking, waiting for user input.

If the user selects * the Invalid choice message is thrown. 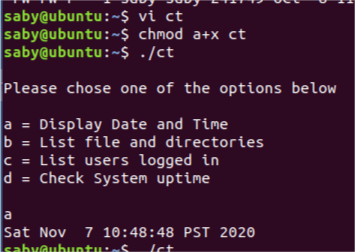 We can create a script to verify the status of the remote host. We shall have a script that shall ping a remote host and notify it.

We shall use a ping script that goes out on the remote host, then pings an IP address to verify if a host is available or not.

Here it shows 1 received with no error. Also, it displays OK as per the if condition.

Let us change the IP address such that it is not reachable.

Here it shows 0 received with +1 errors. It gives the message Destination Host Unreachable so the host is unavailable. Also, it displays NOT OK as per the if condition.

If we do not want these messages output, we have to add &> /dev/null to the script:

We can store the host IP address in a variable in the script.

It only displays NOT OK as per the condition

An alias is a popular command used to cut down on lengthy and repetitive commands.

To create an alias for ls -al, the command is:

To run the command we simply write l.

To create an alias for multiple commands in one short, the command is:

To get the list of all directories with the help of an alias, the command is:

To view get all the aliases, the command is:

To remove a previously created alias, the command is:

There are two types of aliases. First is the one which applies to a specific user profile. The other type applies to all who have an account on the system.

To set up a user alias for hostname, execute the below command from /home/user:

Inside the editor, add the command:

Now, log off from the current terminal session and open a new session to use the alias hh.

To set up a global alias for hostname, we have to log in as root and execute the below command:

Inside the editor, add the command:

Now, log off from the current terminal root session and open a new session to use the alias hh.

Myself Debomita Bhattacharjee, an IT employee with 6+ years of experience in Software industry. My area of interest is Automation testing and Front End Development.