The architecture of Selenium Webdriver

Selenium supports only web automation, and it doesn't support automation of desktop applications. Let's understand what the components present in the selenium webdriver architecture are.

Selenium WebDriver imitates real-world user behavior as closely as possible. Since the real-world user is not able to interact with any invisible element or elements not rendered yet, neither does the web driver.

So we need to always make sure that the web element is in the right status before we try to interact with it. 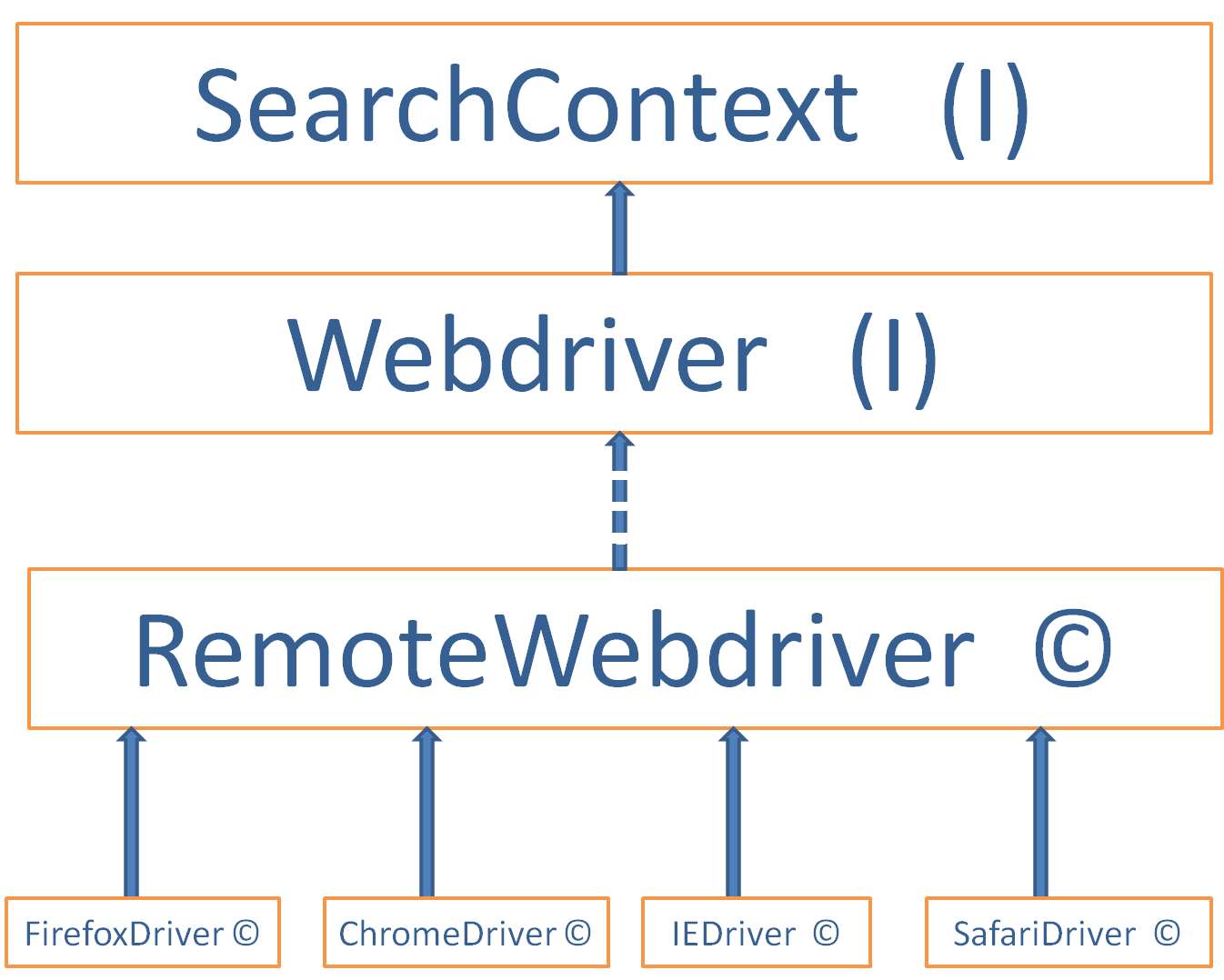 Same Origin Policy, also called Single Host Origin Policy, is a security measure used in Web browser programming languages such as JavaScript and Ajax to protect the confidentiality and integrity of Webpage information.

Same Origin Policy prevents a website's scripts from accessing and interacting with scripts used on other sites.

This is a problem though because the browser is getting a script from Selenium(http://localhost:9000/selenium), which tells it what it wants to fetch resources from https://websitetotest.com. The browser says, "hey, this script came from localhost, and now it's requesting a resource from some outside website. This violated the same-origin-policy.

Same Origin Policy With Selenium Webdriver : Webdriver provides native OS-level support in controlling the browser automation, so the browser feels like there is only a webpage. (with RC and Core it was Webpage and server)

Human Way of Same-origin Policy :
Selenium Core: Consider you are the webpage, your manager/wife could be the server which tells you to do this, do that. At some point, your body realizes that no need to follow them, as your mind does not generate these, this was the problem with Selenium Core.

RC example : Someone hypnotized you, and they are just asking you do to some job, and you are doing them this is selenium RC, hypnotization is nothing but the proxy.

Webdriver : You have been told what to do when something occurs from your childhood. Now you will do the same thing even after becoming an adult. But you will never realize that you were doing something that someone taught you long back. The only thing that you feel is, this the way of doing.

Difference between Selenium 2.0 vs. Selenium 3.0

The most significant difference between selenium 3.0 and selenium 2.x is, In Selenium 3, all the major browser vendors are providing their own WebDriver implementations (Apple, Google, Microsoft, and Mozilla) instead of being developed by Selenium project (Selenium 2.x) and because they know their browsers better than anyone else, their WebDriver implementations can be tightly coupled to the browser, leading to a better testing experience for you.

Unfortunately, most of the methods in Actions class are not supported or being implemented now. Compared to Selenium 3 version Selenium 2 provides better operations

Most Unfortunate thing is, all the browsers are updated now, so selenium 2.x is not supported by them which forces users are forced to use Selenium 3.0 version

Mozilla has made changes to Firefox that mean that from Firefox 48 user must use their geckodriver to use firefox browser, regardless of whether you're using Selenium 2 or 3.

Selenium (3.8.0) doesn't support for PhantomJS, and it's recommended to use headless Firefox or Chrome instead

Below are a few scenarios where we go for automation:

Is Selenium Future of Automation?

I believe that instead of looking into a Selenium automation career, you should aim at something more significant.

Selenium automation is basically programming with an automation library, so instead of becoming a specialist in a library, why not do that for the language?

Similarly, Selenium is also a Library/Framework in the language(selenium framework is there in different languages).

Focusing on only selenium may help in shorter-term (6-8 years), but for the long term, benefits learn the language and learning a library will not be difficult if you know the language

Why bet your career on using one library? No one can tell if Selenium will be here in 5 or 10 years because no one has the ability to look into the future.

With low quality, fewer and fewer companies will use it, and not many will need Selenium automation experts.

Many companies will not have in the future dedicated staff for test automation; Developers will do some of it, dev-ops will have a slice of the automation pie as well, maybe some testers will join in.

What a good programmer combines the selenium with some open-source Robotic Process automation tool, then every company will remove the test programmer as they anybody can drag and drop elements in RPA.

I would suggest you not only to learn selenium but also put more focus on language and analytical skills for solving the problem.

2. Selenium was introduced for free; they support it for free.

4. Believing a learning website as ideal for learning everything about selenium, I own this site, but I still suggest my reader not to stick to this site as this site is a replica of my views or learning on selenium.

6. Not asking for help, I have seen people who are scared that If I ask this question, then my senior or SME may identify me as a guy do not have knowledge. Know this, knowledge is nothing but knowing the subject, but if you do not read or ask anyone, how you will know anything. Ask the expert/experienced guy.

7. Only preparing for interviews, when you don't know the subject you cannot survive in a company even though you cracked an interview