Loops are used to execute a set of statements repeatedly until a particular condition is satisfied.

A sequence of statements are executed until a specified/Given condition is true, or the loop is broken using the break statement

This sequence of statements to be executed is kept inside the curly braces { } known as the Loop body; if there is only one statement, then we can write without {}.

After every execution of the loop body, the condition is verified, and if it is found to be true, then the loop body is executed again.

When the condition check returns false, the loop body is not executed.

There are Three types of Loops in Java:

While Loop in Java

You use the keyword while, then a condition enclosed in parentheses, then a single statement, which is the thing that gets repeated as long as the condition is true.

The condition can be any expression, from a single variable or constant, through a complex sequence of logical operators. Just be sure that condition evaluates to the boolean values true or false, or the compiler will signal a type error.

Java is different from C, In C any non-zero integer value is considered true but Java throws an error for it. So Java will not consider the numbers in place of the condition

In a do…while loop, the statements in the body of the loop are executed once before the condition governing the loop is tested. 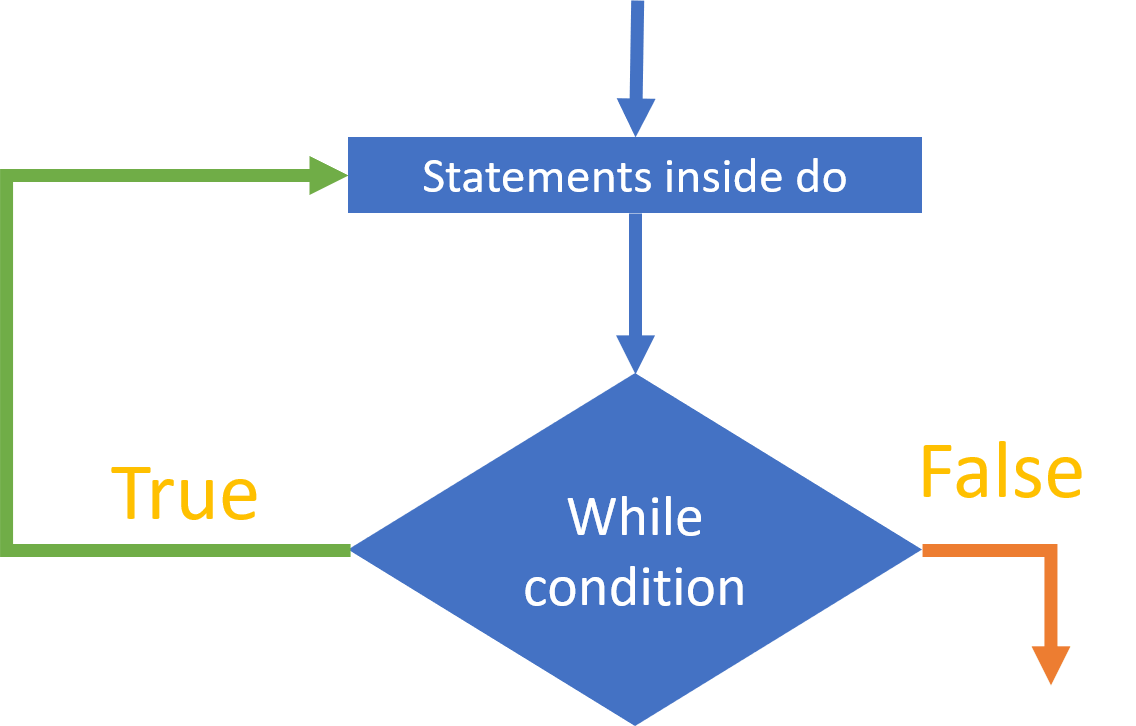 As for a real-world example of this, consider the input of a PIN number when using a cash dispenser. The PIN must be entered once before testing so a do…while loop is a perfect choice, i.e.

Where the loop will iterate a maximum of three times to allow entry of a valid PIN number, a while loop could also be used here.

So what is the difference? It merely depends upon whether the algorithm requires that the body of the loop needs to run once first before deciding whether the loop will continue. If so, use a do…while loop, otherwise you should use a while loop.

For Loop in java

The for loop provides a mechanism to repeat a task until a particular condition is true. The for loop has three expressions; semicolons are used for separating these expressions.

For Each loop in java

for each loop is mainly used to traverse array or collection elements. The advantage of the for-each loop is that it eliminates the possibility of bugs and makes the code more readable.

How does the for-each loop work?

Here's how the enhanced for loop works. For each iteration, for-each loop

While loop to write an infinite loop :

while loop first checks a condition and then runs the code inside its block. We can make it an infinite loop by making the condition true

for loop to write an infinite loop

Make the condition as true instead of some relational operations then do-while loop also becomes infinite.