The way to find out whether your files have been tracked by Git is to use the command git ls-files, This command gives me the list of all the files that Git is tracking in the current repository.

So how to track the files through Git which are present in the staging area is as shown below :

If you do git status, Git tells us that the working directory is clean, and hence, let us start a new project. where -a parameter will add any changes that are modified into the staging area, and then committing directly. This process can be done only when the files are being tracked. The Files can be tracked by using the command git ls-files. 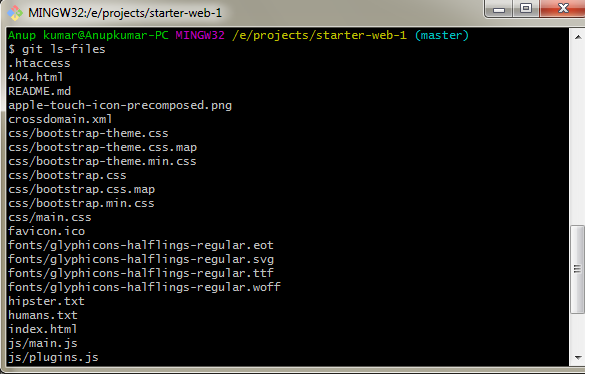