Inside a human brain, there is an intensely dense and complex inter-connection of neurons present - which I have already mentioned in the previous article: “The Idea of Deep Learning”.

This I believe couldn’t get any more fascinating than it is. The brain cannot see, hear, touch, smell or taste things out there in the world, it just receives signals and transmits them, as if it is enclosed in a black box (the bones, flesh and skin). And yet it is responsible for all our senses, thoughts, recognition and conscience. All these by individual functioning (transmission of electrical impulses) of the neurons in an intricately complex inter-connected network.

Dendrites are the receptors, they receive signals (electrical impulses) from other neurons, these signals gets processed in the nucleus of the neuron and then is passed through the axon and is transmitted to the other neurons via neurotransmitters across the synapses.

The one shown above is a single neuron. Trillions and zillions of such neurons are inter-connected in an intricately complex way inside our brain. Although we can construct a complex neural network but the neural architecture of our brain is much more complex and yet unexplored.

You must have seen images like the one above before, or for that matter in the previous article.

And, I am sure you must be wondering, how is this even supposed to make any sense? And how the heck does a neuron actually work? What’s inside it? Well, this is where this subject gets even more fascinating.

To get the an idea, let’s zoom in to a single neuron in a network.

The diagram shown above is a single layer neuron (also called a perceptron).

The input feeds to the neuron are like the dendrites and the output to z’ is like an axon in an actual neuron.

Types of learning and outputs

There are several categories of learning algorithms for the neurons to learn from. The most popular among these are:


And, there are three generic types of outputs that can be produced from as neural network:

The activation functions inside the neurons can be imagined as the small knobs and regulators that can turned and adjusted to tune the input-output mapping (the function generated). There are numerous activation functions out there to choose from, according to our requirements. However I will be discussing four most pre dominant ones in this article.

The threshold function is a binary output function. It is basically a yes/no type of function.

This was a very straight forward function. Let’s see a more complex one.

The Sigmoid function is given by,

Of course X is the value of the weighted sums. So, what is good about this function is that it is smooth. Unlike the threshold function this one doesn’t have those kinks in its curve and therefore it has a nice and smooth gradual progression. So, anything below 0 is dropped off to above 0 and its Y values lies between 0 and 1.

The Rectified Linear Unit is the most commonly used activation function in deep learning models. The function returns 0 if it receives any negative input, but for any positive value x it returns that value back. So it can be written as f(x)=max(0,x). 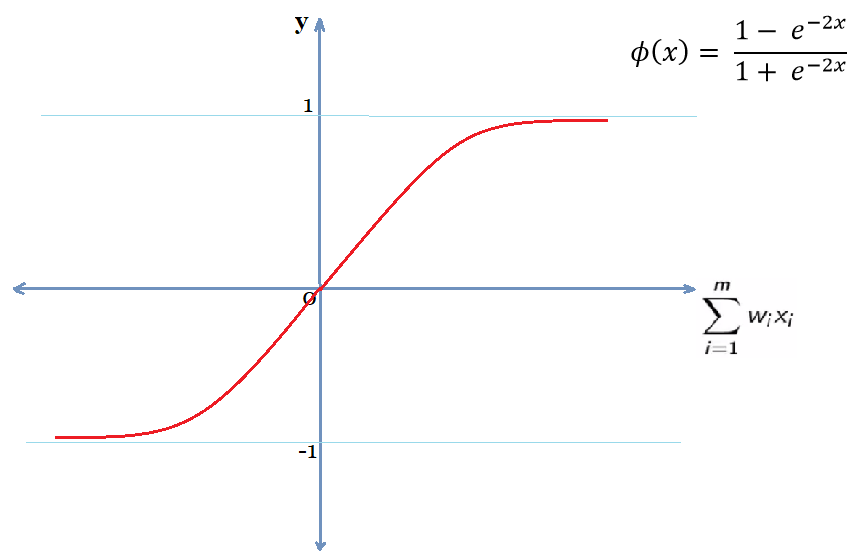 Hi, I am Subham, I am a learning enthusiast, an active reader and the author of this article. Hope you liked this article.